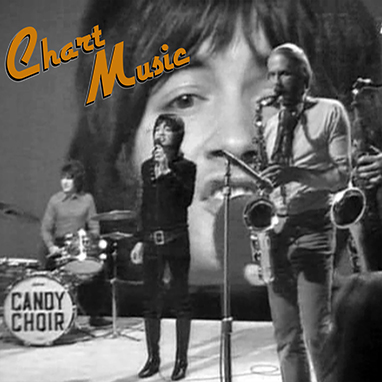 The tenth episode of the podcast which asks: when did vest and pants go from being an instrument of self-expression to a punishment for leaving your games kit at home?

This episode, Pop-Crazed Youngsters, sees us going back further than we’ve ever been before, to a time where Beatle wigs are still in Woolworths and nobody seems to mind that the BBC have taped some horse racing over their coverage of the Moon Landings. And what delights await us, as we see a show still in its embryonic stage and groping – but not in a DLT manner – towards the format we all know and love.

As always, the music therein is a proper lucky bag of randomness – the serious bands are away doing albums, so the void is filled with loads of songs that never even get a sniff of the Top 30, a folky Sixtiesness that refuses to go away, and tons and tons of the purest pop. The Jackson Five cause an older-than-usual audience to do berserk and forget that a cameraman is looking up their micro-minis, John Lennon allows us to be a fly on the wall at an Apple board meeting, Pans People let the Dads down big style, and Cheryl Vernon stands outside a church, waving flowers about with a face like a smacked arse. And Tony gets a silver cup. And Peter Marinello is intimidated by a girl with eyelashes like huntsman spiders.

Al Needham is joined by Neil Kulkarni and Taylor Parkes for a Stan-out-of-On-The-Buses-like leer at the dawn of the Seventies, breaking off to talk about our fathers’ love of dog food, why Country Dancing was a thing in West Midlands schools, the toys we never got and still want, and being disappointed to discover that colour TV was just a load of dots, really. And all the swearing you could possibly want.