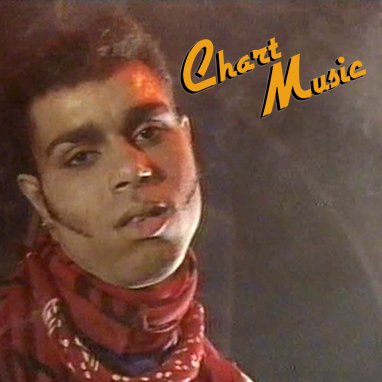 The eleventh episode of the podcast which asks: is anyone willing to swap a Fonz action figure for a ‘Shakin’ Stevens and the Sunsets – Heterosexual Rock n’ Roll’ badge?

This episode, Pop-Crazed Youngsters, has been a bastard to put together, and the sound quality may be a bit manky at times – but oh, what a glistening slab of televisual spangliness awaits us. It’s a full-on Flags & Balloons TOTP, this one, overseen by the circular face of The Hairy Breakfast Brunch Bar (who has wisely been kept away from The Kids and is monitored at all times), and the air is ripe with the soggy Lycra tang of the universally-despised Zoo.

But no matter – this episode is a veritable time capsule of the early 80s. Kool and The Gang drop the world’s most unwatchable video ever, which is danced to by another not-very-good troupe, Shakin’ Stevens places his white-shod foot upon the throat of the charts of the Eighties, DLT commands the BBC cameramen to stalk Claire Grogan at all times, The Stranglers look on in disgust at Zoo, and there’s the longest discussion of Brown Sauce ever conducted by three grown men. And Dollar. And Bucks Fizz.

Al Needham is joined by Taylor Parkes and Simon Price for a solid examination of a glorious episode of The Pops, veering off to brag about who they’ve had a drink with, why you shouldn’t use Dettol to treat facial acne, seeing Morph laid out in a glass coffin, the declining standards of World Cup mascots, and getting battered on Top Of The Form because of Noel fucking Coward. And swearing. AND Chris Needham’s new record!